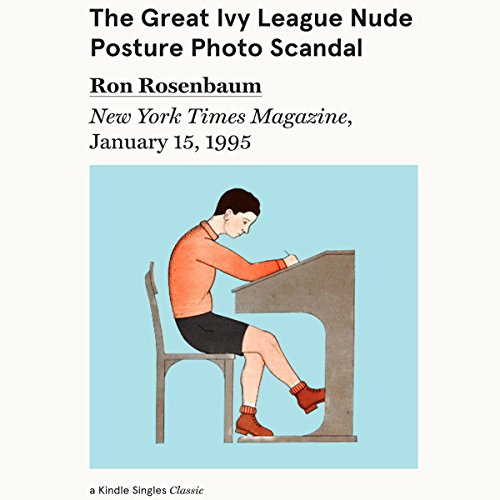 One afternoon in the late 1970s, deep in the labyrinthine interior of a massive Gothic tower in New Haven, an unsuspecting employee of Yale University opened a long-locked room in the Payne Whitney Gymnasium and stumbled upon something shocking and disturbing.

Shocking, because what he found was an enormous cache of nude photographs, thousands and thousands of photographs of young men in front, side, and rear poses. Disturbing, because on closer inspection the photos looked like the record of a bizarre body-piercing ritual: sticking out from the spine of each and every body was a row of sharp metal pins. In "The Great Ivy League Nude Posture Scandal", Ron Rosenbaum embarks on a quest for the lost nude "posture photos", and through his reporting finds both a scandal and an extreme example of academic folly that bares sinister eugenic origins.