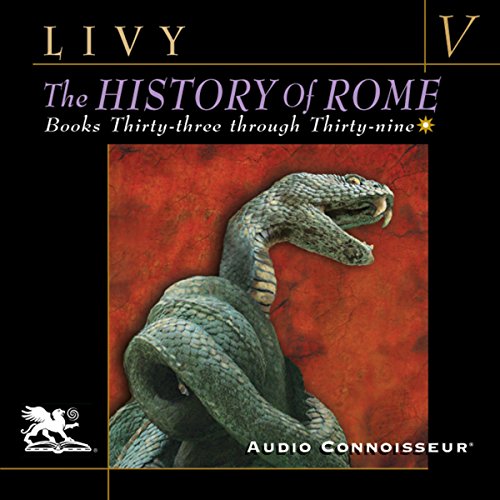 Livy's purpose in writing his famous history was to show how Rome had started out as a city state full of brave, idealistic and virtuous citizens, but had then descended into the voracious, debauched, and immoral empire it had become by his own time in the late 1st century B.C. And the evidence was compelling.

In volume five, Rome begins to confront the corrupt tyrannies and monarchies of Greece and the eastern Mediterranean. At first, her intention is simply to free the Greek cities from the yoke of bondage put in place by Philip of Macedon, Antiochus, and others. The task was all the more rewarding in that Philip and Antiochus had aided and abetted the Carthaginians earlier. But the thrill of liberation turns into the burden of empire as Rome assumes a role it cannot easily back away from. Soon, the protector of Greece becomes its jailor. And the corruption in the east moves west.

Livy's The History of Rome continues in one additional volume.