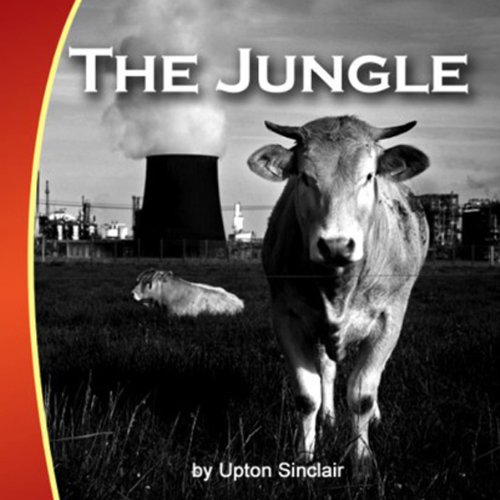 This 1906 novel by Upton Sinclair emphasizes the predicament of the working class and illustrates the corruption of the American meatpacking industry in the early-20th century. The story sets off with a dramatic portrayal of a Lithuanian wedding feast, which introduces the listener to all of the major and secondary characters: Jurgis Rudkus (originally "Rudkos"), his bride Ona, their extended family, and their friends. Drawn away from Lithuania by assurances of work, the Rudkus family arrived in the Back of the Yards neighborhood of Chicago at the end of the 19th century, only to learn that their dreams of a modest life are not likely to be fulfilled. The family had previously imagined that only Jurgis would support them in America; however one at a time, all of them - the women, the young children, and Jurgis' sickly father - are all required to look for jobs to contribute to the scanty family income.

They are confronted with a ruthless world of work in the Chicago Stockyards, where everybody has his or her price, where everyone in a position of power - including government inspectors, the police, and judges - must be rewarded, and where blacklisting is common. A sequence of ill-fated events - accidents at work, a number of deaths in the family that under normal conditions could have been avoided - draws the family toward ever more tragedy.