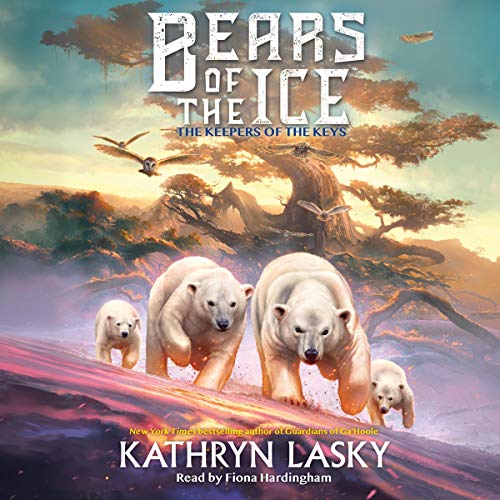 The Keepers of the Keys

Best-selling author Kathryn Lasky returns to the world of Ga'Hoole in the thrilling third installment of the Bears of the Ice series!

Against all odds, cubs Stellan, Jytte, Third, and Froya have found the key hidden inside the legendary Den of Forever Frost. Now, they have everything they need to destroy the dangerous ice clock. Everything . . . except an army.

The power-hungry Grand Patek will stop at nothing to protect the clock, the source of his authority. And so, it's up to the cubs to convince the animals of Ga'Hoole to join the fight - a journey that'll take them from the fabled owl parliament to the rugged territory of the wolves of the beyond.

But the owls and the wolves have secrets of their own - secrets that threaten to fracture the fragile alliance. Do Stellan and Jytte have what it takes to become the leaders of the resistance? Or will the bears be left on their own to battle the greatest enemy Ga'Hoole has ever known?