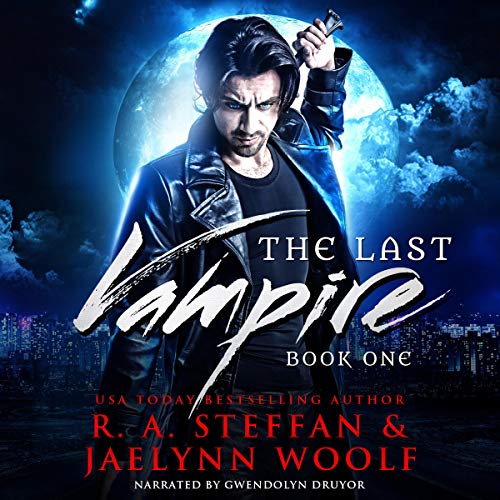 The Last Vampire: Book One

There’s a smokin’ hot dead guy locked in my garden shed. That part’s bad enough. But now, he’s trying to get out.

Growing up, my father always told me that I’d come to a bad end, just like my mom did when I was a kid. Hearing that kind of stuff when you’re little eventually gets to a girl, but I can’t say I ever expected my "bad end" to involve an angry vampire with a severe case of iron deficiency and a panty-melting English accent.

Maybe I shouldn’t be surprised. Ever since my mother was assassinated, I’ve felt like there was something vast and frightening hidden beneath the fabric of the world - something none of us are supposed to know about.

So far, finding out I was right hasn’t been nearly as satisfying as I’d hoped. I guess the trick will be staying alive long enough to shout, "I told you so" from the rooftops.

But before I can do that, I really need to figure out if the vampire who just bit me is one of the good guys or not.

The Last Vampire is a steamy, new urban fantasy romance series from USA Today best-selling author R. A. Steffan and Jaelynn Woolf, co-authors of the Circle of Blood saga.

Download book one today, and enter a world shared by humans, fae, demons, and one very reluctant vampire. It’s a place where the supernatural threatens the mundane, nothing is as it seems, and love will either be the world’s downfall - or its salvation.