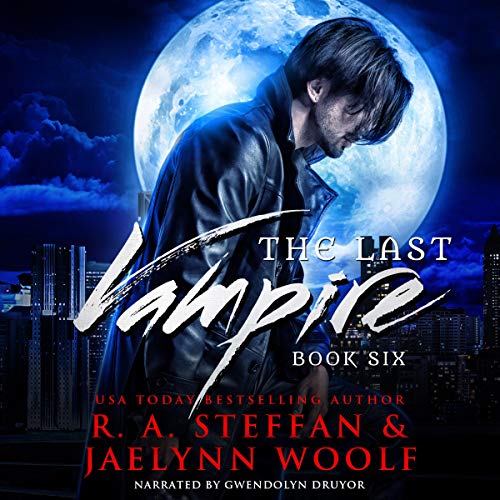 When you can no longer outrun your enemies, you have two choices. Turn and fight for your life, or give up. I’ve never been one for giving up.

Unfortunately, running away from your problems only works for so long. Since I got pulled into the secret underworld of demons, fae, and vampires, it’s been one crisis after another. I’ve been dodging and ducking, rather than hitting back. Reacting instead of acting.

Ransley Thorpe and I have been gradually backed into a corner, and we’re about to take the offensive. We may be punching way above our weight class, it's true. But if the alternative is death or captivity at the hands of our enemies, do we really have anything to lose?

The good news is, the soul bond I share with my vampire lover means we can never be parted from each other - not even in death. With that reassurance in mind, it’s time to make sure Hell and Dhuinne come to regret the day they ever decided to take us on.

So, yeah. A half-crazy vampire and an ex-waitress are about to go up against the toughest the paranormal world has to offer. I figure it’ll either be totally badass or the most epic smackdown in history.

Buy the sixth book in this series to enjoy the conclusion of Rans and Zorah's wild ride through a world populated by demons, fae, and vampires. Don't worry, though! There are more stories to tell in this world, starting with Vampire Bound: Book One.