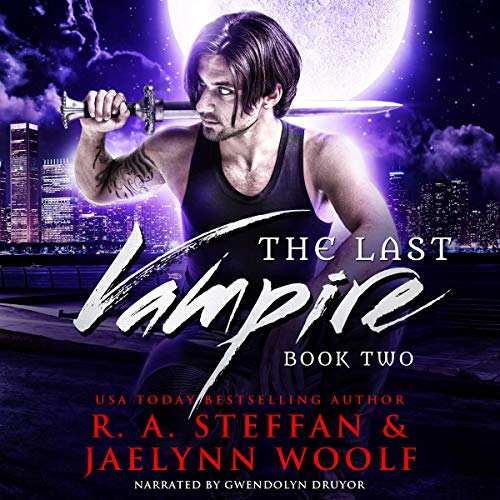 My father has been kidnapped by my worst enemies. Either that, or he willingly sold me out to them.

Whatever the case, I’m going to find him. Mind you, this would be a lot easier if every Fae in Chicago wasn’t already out for my blood.

They’re not getting it, though.

The only one who’s getting anywhere near my blood is the 700-year-old vampire who saved me. Yes, there are times when I’m convinced he’s not quite right in the head, but so far he’s the only supernatural being I’ve met who sees me as a person rather than a chess piece.

To the rest of them, I’m nothing more than the walking, talking evidence of a war crime. To him, I’m something else. He calls me a loose thread in the tapestry of his forgotten past, but he looks at me like I might be the key to his future.

The rest of them tell me I’m demonkin. They say I’m a succubus-human hybrid who shouldn’t exist.

One thing is very clear, though. My father is carrying a secret bigger than I ever dreamed, and I’m damn well going to pry it out of him.

I just have to get him back from the Fae first. Because, hey - what could possibly go wrong?

The Last Vampire is a steamy urban fantasy romance series from USA Today best seller R. A. Steffan and Jaelynn Woolf, coauthors of the Circle of Blood saga.

Download book two today, and return to a world shared by humans, fae, demons, and one very reluctant vampire. It’s a place where the supernatural threatens the mundane, nothing is as it seems, and love will be either the world’s downfall or its salvation.