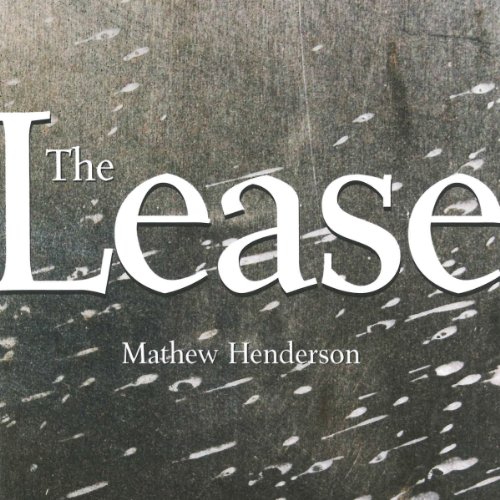 Inspired largely by the poet's experiences as a young man working in the Saskatchewan oilfields, Mathew Henderson's The Lease explores masculinity and the roles morality, violence, and hard labor play in it. Equal parts character study, cultural documentary, and coming-of-age narrative, Henderson's poems make it clear that however we may try to stay apart from them, the stubborn and often unflattering realities of masculine culture persist, not just in isolated, dangerous environments like this, but in our very idea of what work is.

No mark survives this place: you too will yield to unmemory. Give everything you are in three day pieces. Watch the gypsy iron move, follow its commands. Tend the rusted steel like a shepherd.
©2012 Mathew Henderson (P)2013 Audible, Inc.
Drama y teatro Literatura y ficción Poesía
Más Menos

Zach Villa adopts a monotonous, deadened tone befitting Mathew Henderson's stark, poetry based on his experience working oil fields. Though Villa proves his range - darkly comic when imagining ridiculous causes of death in "Under Air" or aghast, in "Dave Talks About This One Guy", that a worker would quit when slaughterhouse air-gunners "wake up screaming […] And they kill themselves a hundred more cows […] because that's what work is" - the bulk of Henderon's collected poems hit the ear like the relentless march of groaning cattle worked in the off-season in "Cows at Night".

With blue-collar despair and the coming-of-age narrative in hard labor's initiation rites, Villa's spare performance and Henderson's vivid, second-person perspective serve to compound the shock of violence - and implicate the listener.