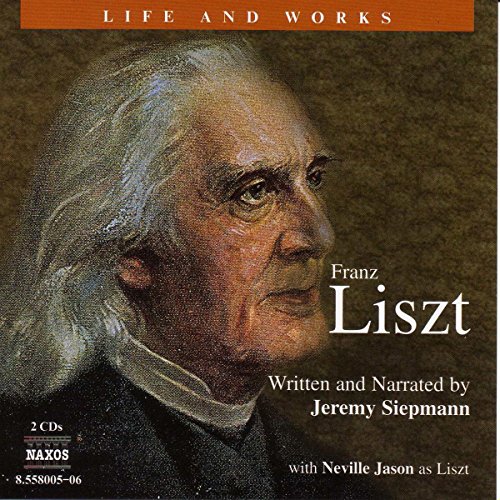 The Life and Works of Franz Liszt

The life of Franz Liszt was as daring and spectacular as his music. Famed throughout Europe as the greatest pianist of the 19th century, he was one of the most original and prophetic composers who ever lived. Beautiful in youth, glowering in age, his high-profile love affairs were the talk of the town wherever he went and his generosity to young musicians was legendary. In this account of his epic life, actors’ readings combine with plentiful musical excerpts to paint a living portrait of a highly complex man.

The greatest surprise in this audio-biography of Franz Liszt is that, despite his reputation as a lion of the keyboard and one of the hugely popular superstars of his era, he was, in fact, a steady personality. As Jeremy Siepmann shows, for all Liszt’s pyrotechnics on the keyboard, and itinerant life, he did not succumb uninhibitedly to the temptations of his environment. There existed a deeply reflective strain within him, which is why and how he eventually transformed his public persona from the fabulous virtuoso to Abbé Liszt - as can be experienced in the readings from his letters and memories by Neville Jason.