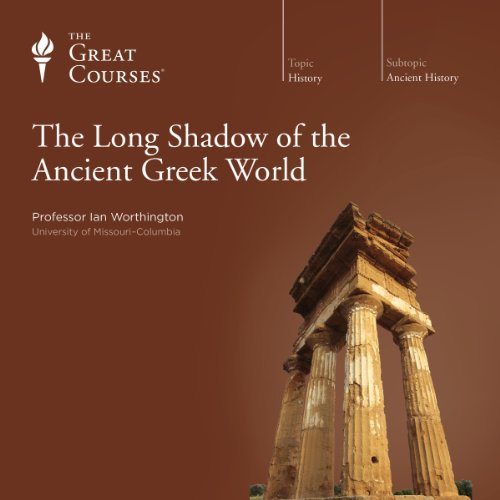 The Long Shadow of the Ancient Greek World

Immerse yourself in this comprehensive survey of ancient Greece from 750 to 323 B.C. - from the emergence of Greece at the end of the Dark Ages to the final disintegration of Greek autonomy through the Macedonian kings Philip II and Alexander the Great.

These 48 riveting lectures tell the story of ancient Greek institutions and the people who molded them during the Archaic and Classical periods.

Concentrating on the city-states of mainland Greece, with a special focus on Athens, Professor Worthington guides through some of history's most hard-fought struggles - from armed conflicts (such as the Persian Wars, the Peloponnesian War, and the campaigns of Alexander the Great) to political and social struggles (including the late 6th-century civil war in Athens that pitted nobles against the lower classes and eventually produced the first stirrings of democracy).

By the end of Professor Worthington's final captivating lecture, you discover that there was nothing inevitable about democracy, the Western concept of justice, or any of the other traditions and institutions that now play such central roles in the politics of the modern Western world. The story of how this tentative structure transformed into the firm foundation of our contemporary world is gripping, enlightening, and immensely rewarding.