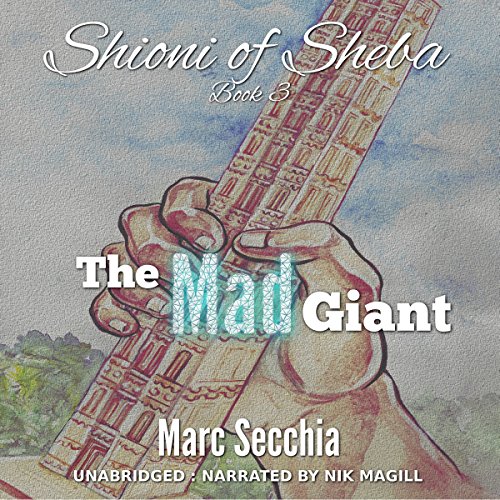 The giant is growing.

His madness is flourishing.

And Sheba faces its deadliest peril yet!

The Mad Giant is the third book in a unique African fantasy adventure series set in the ancient Kingdom of Sheba.

When Shioni and Talaku, the Mad Giant, encounter a Wasabi patrol near Castle Asmat, they uncover a deadly secret: a tunnel through the Simien Mountains used by Kalcha's troops. Have they averted disaster? Or has the trouble for Sheba only just begun?

Suspecting Shioni of being Kalcha's spy, General Getu has confined her to the castle. But as the Sheban Elite warriors march into the Simien Mountains in search of Kalcha's encampment, Shioni learns they are already betrayed. Must she disobey the General, steal from the Princess of Sheba, and risk everything in a bid to avert Kalcha's deadly ambush?

A race against time though the ancient garnet mines. A bargain with the Mad Giant. Captain Dabir's revenge on Shioni. A battle royal at the bridge over the Mesheha river. Join Shioni of Sheba in her most hair-raising adventure yet!