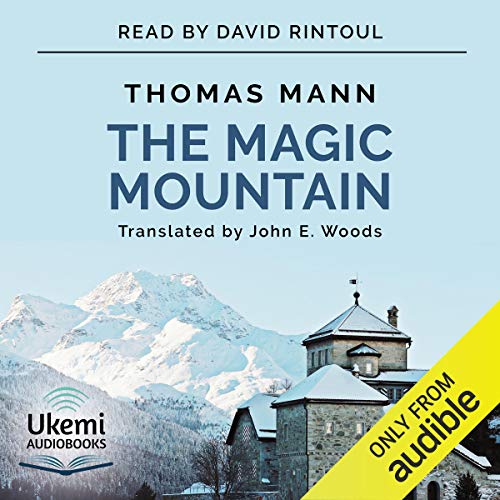 It was The Magic Mountain (Der Zauberberg) that confirmed Thomas Mann as a Nobel prizewinner for literature and rightly so, for it is undoubtedly one of the great novels of the 20th century.

Its unusual story - it opens with a young man visiting a friend in a tuberculosis sanatorium in the Swiss Alps - was originally started by Mann in 1912 but was not completed until 1924. Then, it was instantly recognised as a masterpiece and led to Mann’s Nobel Prize in 1929.

Hans Castorp is, on the face of it, an ordinary man in his early 20s, on course to start a career in ship engineering in his home town of Hamburg, when he decides to travel to the Berghof Santatorium in Davos. The year is 1912, and an oblivious world is on the brink of war. Castorp’s friend Joachim Ziemssen is taking the cure, and a three-week visit seems a perfect break before work begins. But when Castorp arrives he is surprised to find an established community of patients, some of whom have been there for years, and little by little, he gets drawn into the closeted life and the individual personalities of the residents.

Among them are Hofrat Behrens, the principal doctor, the curiously attractive Clavdia Chauchat and two intellectuals: Ludovico Settembrini and Leo Naphta with their strongly contrasted personalities and differing political, ethical, artistic and spiritual ideals. Hans Castorp’s stay is extended, once, twice and still further, as he appears to develop symptoms which suggest that his health, once so robust, would benefit from the treatments and the mountain air.

As time passes, it becomes clear that the young man, with a particular interest in shipbuilding and not much else, finds his outlook and knowledge broadened by his mountain companions, his intellect stretched and his emotional experience deepened and enriched. Hans Castorp is changing, day by day, month by month, year by year, sometimes imperceptibly, sometimes with a sudden advance, as he encounters the varied range of sparkling characters, their comedies and tragedies, their aspirations and their defeats.

The Magic Mountain is a classic bildungsroman, an educational journey of growth - a genre that began with an earlier novel in the German tradition: Goethe’s Wilhelm Meister’s Apprenticeship. It is presented here in the acclaimed modern translation by John E. Woods and is told by David Rintoul with his particular understanding for Thomas Mann as displayed in his widely praised Ukemi recording of Buddenbrooks.