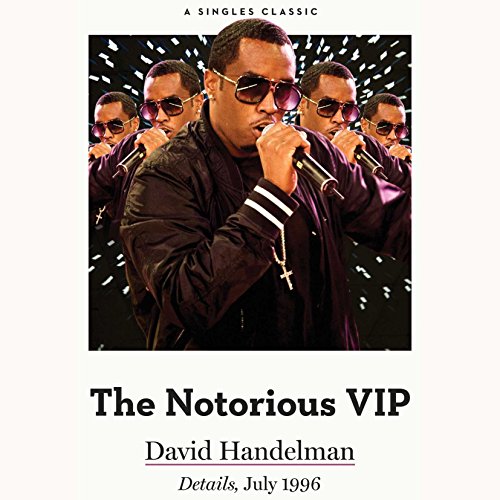 He prides himself on building careers from the ground up - signing the artist, shaping an image both musically and visually, overseeing everything from songwriting to wardrobe to cover art to videos to promotional gimmicks.

"I used to think Puffy was difficult," says Faith Evans, "but he knows what he's talking about. He doesn't like to be second-guessed. We call him the Lord - that's the joke. 'The Lord said...' And if it's not like the Lord said, then it has to be changed."

In this lucid, illuminating profile, journalist David Handelman presents Sean Combs as he strives to make a positive impact on black lives despite the ever-present shadow of the East Coast/West Coast hip-hop feud, showing us why, in addition to being a CEO, visionary, father, and role model, Puff Daddy reigns as The Notorious VIP.