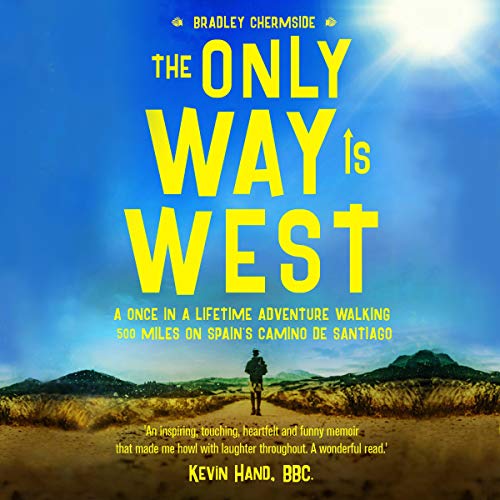 The Only Way Is West

What would you do if you're given a €20 note in Greece with an email address scribbled on it:

Two years later, his love life remains a disaster and his career is misfiring. As he’s about to walk Spain’s fabled Camino de Santiago to ponder some profound life changes, Brad receives a reply. Incredibly, it’s from a woman who lives on the 1000-year-old pilgrimage trail, far away from where the money first crossed his palm. She invites him to sleep..."on her house".

Hiking 900km on the Road to Santiago to a blind date with the mystery €20 woman, he meets fellow pilgrims and natives who make him believe more than ever in the kindness of the human spirit, befriends a Hungarian who speaks English in song titles and has his raison d’être revealed to him by a barefoot Mayan mystic. Will he meet his happily-ever-after along the way too?

Buy this pacy, laugh-out-loud travelogue to find out now...

"An inspiring, touching, heartfelt and funny memoir that made me howl with laughter throughout. A wonderful read." (Kevin Hand, BBC London)

"This book would be a great read for anyone planning their own Camino, or for those who like adventure and travel memoirs written with honesty, emotion and humour." (French Village Diaries)