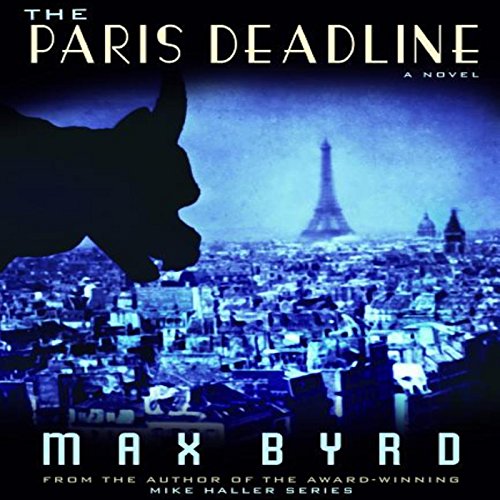 From best-selling historical novelist Max Byrd comes a new novel set against the dramatic backdrop of Paris in the Jazz Age - a fascinating suspense tale interwoven with rich historical detail.

Paris, 1926: Newspaper reporter Toby Keats, a veteran of the Great War and the only American in Paris who doesn't know Hemingway, has lived a quiet life - until one day he comes into possession of a rare 18th-century automate, a very strange and somewhat scandalous mechanical duck. Highly sought after by an enigmatic American banker, European criminals, and the charming young American Elsie Short, the duck is rumored to hold the key to opening a new frontier in weapons technology for the German army, now beginning to threaten Europe once more. Haunted with his nightmarish past in the War, Toby pursues the truth behind the duck.

From the boites of the Left Bank to the dark prehistoric caverns of southern France, The Paris Deadline is a story of love, suspense, and mystery in a world stumbling toward catastrophe.