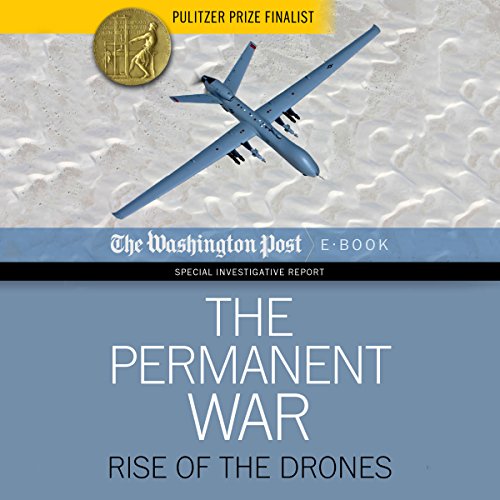 The Pulitzer Prize-nominated examination of the United States drone campaign, and U.S. counterterrorism policies. On January 30, 2013, President Barack Obama acknowledged publicly what most Americans already knew: The U.S. government was operating a covert drone campaign in Pakistan. Even as Obama maintained policy was for judicious actions only, his own administration was drawing up secret plans to institutionalize targeted killings in U.S. counterterrorism policy. The scope of those plans remained hidden until The Washington Post published a three-part series as reporters Craig Whitlock, Greg Miller, Karen DeYoung and Julie Tate explored how the use of drones moved from a temporary means to kill terrorists to a permanent weapon of war.

Collected together for the first time, The Permanent War is the result of a year of investigative reporting on the who, what, and how behind the targeted killing policies that will form the core of American counterterrorism efforts for years to come.