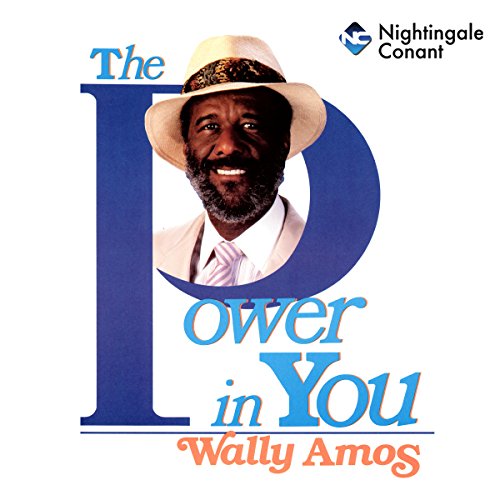 The Power in You

Wally Amos. Today, his name is a household word wherever his cookies precede him, and that's in Japan, Malaysia, Singapore, Indonesia, the United States, and Canada. A top-notch promoter at heart, Amos is constantly traveling, not only to promote his cookies, but also to speak on college campuses about the secrets of his success... and his favorite charity, Literacy Volunteers of America (LVA). He was a member of the President's Private Sector Initiatives group, and he's written an autobiography, The Famous Amos Story: The Face That Launched a Thousand Chips. He was born in Tallahassee, Florida, and reared, until he was 12, primarily by his mother, Ruby, a strict disciplinarian. Then, the break-up of his home sent him to New York City to live with his Aunt Della. She was the first person to make chocolate chip cookies for him, and it was that introduction which ultimately led to the creation of his famous cookies. As a teenager, he attended a New York City trade school, with an apprenticeship at a local hotel as a cook. Disenchanted, he quit six months prior to graduation and joined the Air Force. After a four-year stint, he returned to New York City, working first at Saks Fifth Avenue and later at The William Morris Agency. In both instances, he started as low man on the totem pole and by dint of hard work, climbed rapidly. In the 14 years he spent, first as a talent agent for the Morris Agency and later on his own as a personal manager of show business talent, he was always on the look-out for a superstar to represent. And then, he finally found one - the Famous Amos Chocolate Chip Cookie. Now, with stores located both domestically and internationally, the Famous Amos Chocolate Chip Cookie Corporation of Van Nuys, California, no longer counts its daily production in pounds of cookies, but in tons.

Lo que los oyentes dicen sobre The Power in You