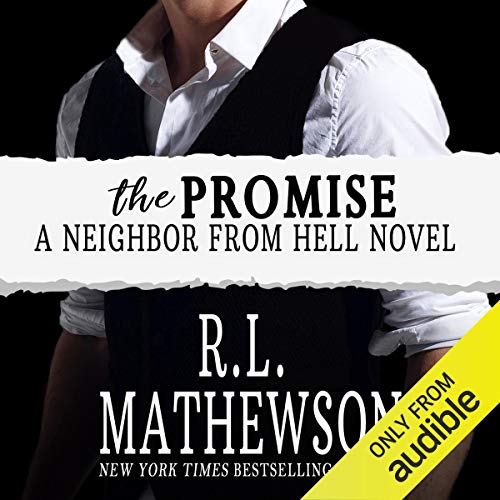 How far would you go to keep a promise?

Reed Bradford never should have made that promise.

He’d barely survived the first time around, but now she was back, his best friend’s little sister, his one-time neighbor, and the woman that he never should have promised to protect. He never should have done a lot of things, like cross that line, but once he did....

There was no turning back.

Joey Lawson always had a plan, but unfortunately, mostly for her, sometimes those plans backfired. On her. This time would be no different. After the unfortunate incident that she felt was better not to think about, she found herself doing the one thing that she’d never survive.

Falling in love with a Bradford.

Excerpt from The Promise:

“Reed?” she said, licking her lips nervously as the man that was making it difficult to think glared at her.

“Do you know what I did for the past twelve years, Joey?” he asked, which she normally would have taken as a good sign, but since he’d asked that question through clenched teeth and followed that up by placing his hands on the counter on either side of her hips so that he could lean down until they were eye-to-eye and she was left regretting so many things.

She opened her mouth to venture a guess only to quickly rethink that decision and settle for a simple shake of her head, which seemed to appease the large angry man. Nodding in approval, he reached up and gently pushed a strand of her hair back as he leaned in closer so that his mouth was next to her ear.

She shook her head only to close her eyes on a shaky breath when she felt his lips brush against her ear. “Because for the first twelve years you made my life a living hell. I worried about you every single day and it only got worse when you left. But when you decided to let me know just how much you hated me, I stopped worrying. I stopped caring. But now...” he said softly, letting his words trail off so that he could brush his lips down the side of her neck, leaving a trail of goosebumps in their wake and making her breath catch.

“Do you know what I think about now?” he asked in a seductive whisper that made it difficult to think as he kissed her chin.

“You,” he said, brushing his lips softly against hers. “I think about you, Joey.”