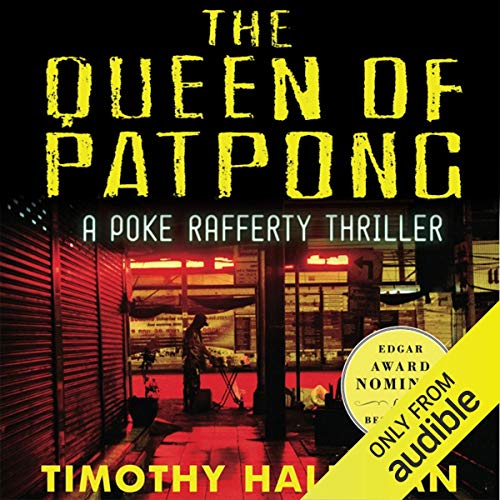 The Queen of Patpong

American travel writer Poke Rafferty has seen - and survived - some of the worst Bangkok has to offer. But now, finally married to his longtime love, Rose, and raising the young daughter, Miaow, they adopted from the streets, Poke believes his life is stable at last. Then a nightmare figure from Rose's time as a Patpong dancer barges into their world, threatening their peace, their love, their home, their lives.

Suddenly, Poke's only recourse is to uncover the whole truth of Rose's past to follow the dark and twisting journey that turned a shy, awkward village teenager into the queen of Asia's most lurid red-light district: Patpong Road. But the secrets that await him may be almost impossible for Poke to accept - and even harder to survive.

“The Queen of Patpong is a terrific page-turner, and the surprising denouement will thrill readers who want the good guys—or girls—to win in the end.” (Booklist)
“Hallinan takes his Poke Rafferty series to the next level with this taut, offbeat and fast-moving thriller.... Sometimes funny, always engrossing, and undeniably authentic” (Kirkus Reviews)