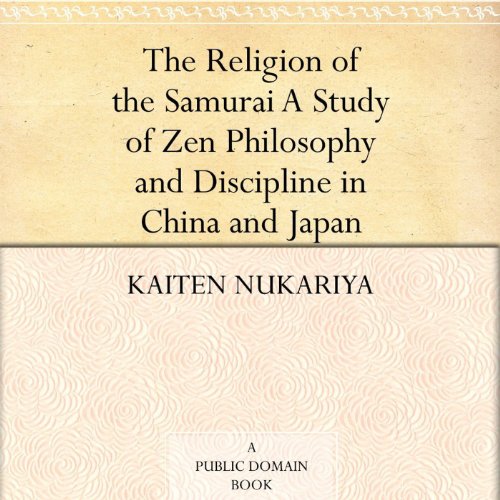 The Religion of the Samurai

Zen was uniquely suited to the Samurai of Japan. The high moral principles of Buddhism, when adopted and adapted by the Japanese warriors who became the Samurai, created an austere philosophy of singular beauty and depth. Its characteristic requirements of strict control over body and mind was exemplified by ancient warrior monks whose serene countenance, even in the face of certain death, made them much admired even by their foes.

Zen may be the most misunderstood of the world's moral philosophies. While it is often classified as a Religion, it is frequently considered by its adherents to be a utilitarian philosophy, a collection of rational moral precepts or, even more simply, as a state of being. The aim of the practice of Zen is to become Enlightened and achieve the beatitude of Nirvana.

To reach Nirvana means to achieve the state of extinction of pain and the annihilation of sin. Zen never looks for the realization of its beatitude in a place like heaven, nor believes in the realm of Reality transcendental of the phenomenal universe, nor gives countenance to the superstition of Immortality, nor does it hold the world is the best of all possible worlds, nor conceives life simply as blessing. It is in this life, full of shortcomings, misery, and sufferings, that Zen hopes to realize its beatitude. It is in this world, imperfect, changing, and moving, that Zen finds the Divine Light it worships. It is in this phenomenal universe of limitation and relativity that Zen aims to attain to highest Nirvana.

Kaiten Nukariya attempts to explain Zen philosophy - its basic teachings and also the history of Zen and how that fit in with the history of the Japanese warrior class known as samurai. Inherent to Zen is its difficulty to explain, thus its reliance on riddles and metaphor. This audio uses these imageries to get at the deeper meanings of Zen while using plain language to describe its history, originating in India and spreading through China and Japan, and the reasons the violent samurai were attracted to this philosophy that is often considered peaceful. Nicholas Techosky performs the audiobook in a slow and straightforward manner, allowing anyone interested in Zen's philosophy, culture, or history to easily digest the material.