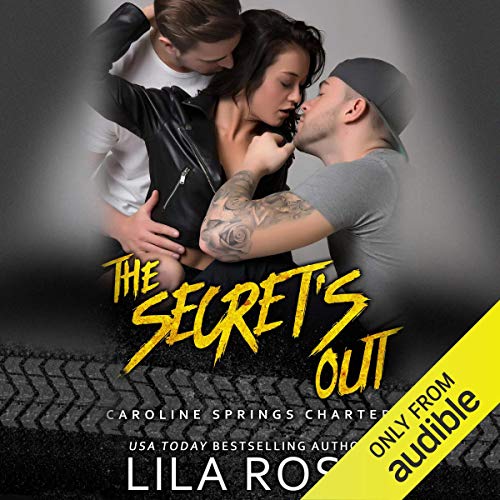 Note: This novel is on the serious side compared to Lila's usual work because Josie, Pick, and Billy have had hard lives. It also contains a m/m/f relationship and a little m/m.

Moving to Melbourne for university, Josie Alexander knew the transition would be hard. She didn't realize just how difficult it'd be until things turned ugly. Damaged by a past that leaves her struggling with physical contact, her brave move to start afresh soon turns into a nightmare.

Afraid and vulnerable, Josie's fragile independence threatens to unravel around her. That is until the two men who refuse to leave her thoughts show up in Melbourne.

Caden Adams, "Pick" to his biker brethren, has had a hard life. His only light is Josie, whom he loses when she leaves Ballarat for Melbourne. Dealing with day-to-day life without his heart is hard, especially with the darkness threatening to consume him. When MC president Talon informs him that Josie's in trouble, he's determined to make sure he's there to protect her. Only he won't be doing it alone.

Eli "Billy the Kid" Walker has never experienced love, not even from those who should have cared the most. Only Josie and Caden have ever come close to infiltrating his hardened heart. With Josie gone, he pushes Caden away, unwilling to take a risk, even if it's something he wants.

When given with the opportunity to prove to each other how they really feel, will they all be able to have the courage to fight for what their hearts desire? Above all else, will they survive the fallout when their secret's out?