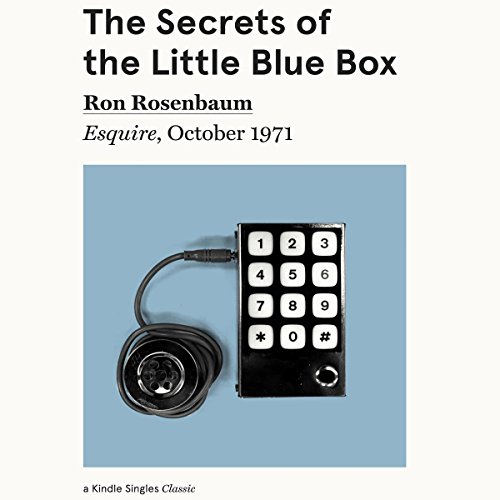 The Secrets of the Little Blue Box

There is an underground telephone network in this country. Al Gilbertson, creator of the "blue box", discovered it the very day news of his own arrest hit the papers. That evening his phone began ringing. Phone phreaks from Seattle, from Florida, from New York, from San Jose, and from Los Angeles began calling him and telling him about the phone-phreak network. He'd get a call from a phone phreak who'd say nothing but, "Hang up and call this number".

Often cited as one of the greatest magazine stories ever written, Ron Rosenbaum's singular, Pynchon-esque "The Secrets of the Little Blue Box", about an underground group of hackers who built devices that could crack the telephone companies' networks, has staked its claim in the annals of history as the story that inspired the partnership of Steve Jobs and Steve Wozniak and helped create hacker culture.

Features an afterword by the author.

"The Secrets of the Little Blue Box" was originally published in Esquire, October 1971.