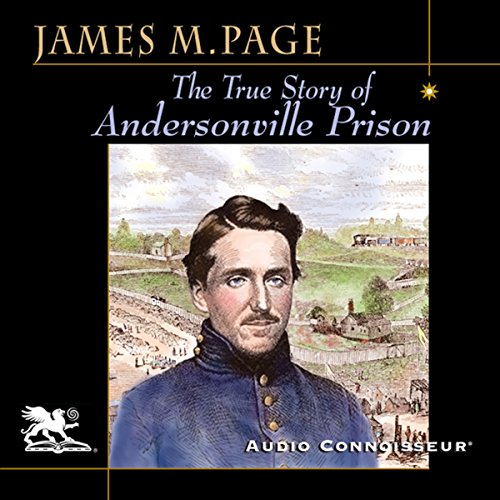 The True Story of Andersonville Prison

Second Lieutenant James Madison Page was a Union officer of Company A, Sixth Michigan Cavalry during the Civil War. After participating in many skirmishes and battles, including Gettysburg, Page was captured in Virginia on September 21, 1863 by Confederate forces along the Rapidan. After spending several months in various prison camps, he arrived at Andersonville Prison in Georgia on February 27, 1864. He would remain there seven months during a time when the prison population grew from 10,000 to over 30,000.

Page was present at Andersonville during the most crowded and harrowing period, including the summer of 1864. He became acquainted with many fellow prisoners, guards, and the prison commandant, Henry Wurz. Unlike some Union prisoners, Page was not bitter or hostile toward his captors. He observed that the Southerners ate no better than the prisoners and he never saw or heard about any atrocities, an account which was greatly at variance with the government's charges against Wurz in the fall of 1865.

Listen as Lieut. James Madison Page recounts his exciting war record, his grim experience as a prisoner of war, and his unflinching testimony of what he saw at Andersonville Prison.