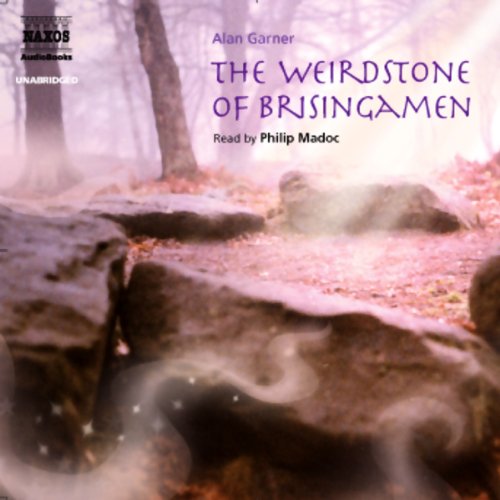 The Weirdstone of Brisingamen

About 150 years ago, my great-great-grandfather, Robert Garner, carved the face of an old man with long hair and beard in the rock of a cliff on a hill where my family has lived for at least 400 years, and still does. He carved the face above a well that is much older. How much older, no one knows, but it's centuries older, or even more. And why did he carve it? He carved it to mark that here is the Wizard's Well.

I am Joseph's grandson, and I grew up on that hill, Alderley Edge in Cheshire, aware of its magic and accepting it. I didn't know that it wasn't the same for everyone. I didn't know that not all children played, by day and by night, the year long, on a wooded hill where heroes slept in the ground. Yet there were strange things. Below another ancient well, the Holy Well, a rock lies in a bog. It fell from the cliff above in 1740 and made the Garners' cottage shake. It landed on an old woman and her cow that, for some reason, were standing in the bog, and, as a result, are still there. When I was seven, the bog was dangerous for somebody of my size and I once got stuck in it and thought I was going to drown, even though I sank only to my hips; but I managed to reach the rock and to climb up it to where a fallen tree was lodged, which spanned the bog, and by sliding along the trunk I was able to reach firm land. Nearby, under the leaf mould, is a layer of white clay that we used as soap to wash ourselves before we went home after playing. But there wasn't anything I could do about my clothes, and Grandad was not pleased.

The Edge is a land of two worlds: above and below. It took me my childhood to learn about above; when I was 19, I went to learn the wonders of below: a world of darkness and silence, so dark that you can see the lights of brain cells discharging; so silent that blood in the veins can be heard.