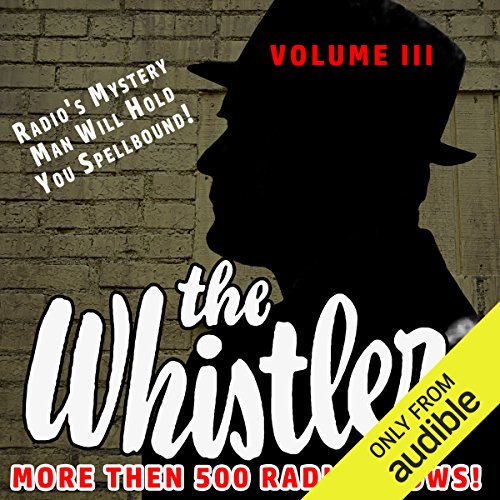 The Whistler was a radio mystery anthology that debuted on CBS Radio on May 16, 1942. The show was heard only on the West Coast and had Signal Oil as the main sponsor. There were attempts to broadcast the show on the East Coast, one in July to September 1946 and the other in March 1947 to September 1948, with Campbell Soup and Household Finance as the suggested sponsors.

The show centered on a character called The Whistler, the mysterious narrator of various murder stories. The role was given to popular radio announcer Bill Forman, although there were occasions where the other personalities, like Marvin Miller, Bill Johnstone, Gale Gordon, Everett Clarke, and Joseph Kearns, took over.

Despite the show being broadcast on the West Coast only, The Whistler was able to become one of the most popular and longest-running crime mystery dramas. It ended on September 22, 1955.

Enjoy the most complete collection - more than 500 shows. This is volume three of three.