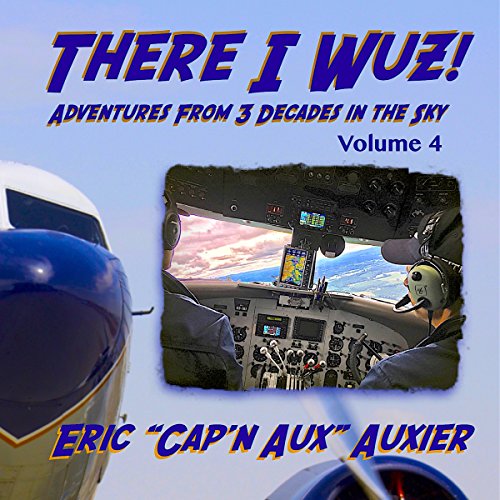 There I Wuz! Volume IV

"The engine is the heart of an airplane, but the pilot is its soul." (Sir Walter Alexander Raleigh, author of The War in the Air)

We all marvel at the miracle of flight, but without the human pilot, all those pretty metal curves are nothing but inanimate objects lying dead and dormant on the tarmac. In his latest volume of true tales from the sky, Eric "Cap'n Aux" Auxier celebrates these intrepid pilots and their stories.

Once again, Cap'n Aux puts you in the driver's seat at 30,000 feet! More stories, more guest authors, more love, laughs, and tears, in an adventure spanning over three decades in the sky!

In the final volume of this series, Cap'n Aux features over 10 aviation personalities, who spin their own adrenaline-pumping yarns. Only difference is, these tall tales are true!

Eric Auxier is a captain for a major US airline, with over 22,000 hours of flying. He is the author of the Amazon Top 100 Breakthrough novel The Last Bush Pilots, as well as the Code Name: Dodger Young Adult "Spy/Fly" series. He is a columnist for Airways Magazine, and his blog Adventures of Cap'n Aux (capnaux.com) is read by thousands worldwide. There I Wuz! Volume IV is his ninth book; his eighth, Yakuza Connection, received Online Book Club's highest rating.