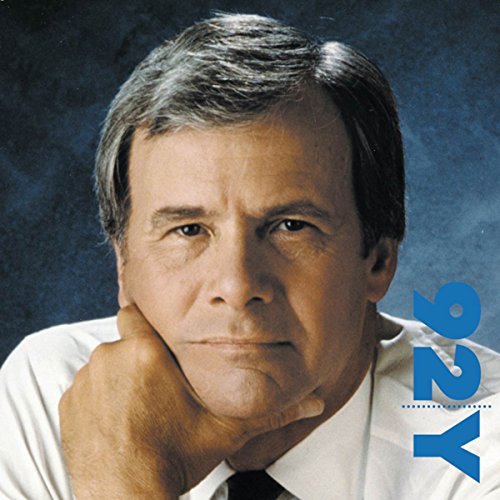 Adults, teens, and children are all exposed to 24/7 news coverage. What's the result? In this visit to New York's 92nd Street Y, Tom Brokaw talks with psychiatrist Gail Saltz about how the media influences our psychological perceptions. They also explore the psychology of "The Greatest Generation" and what we can learn about resilience and sacrifice of said generation.

Tom Brokaw is the former news anchor for the NBC Nightly News and coined the phrase "greatest generation" to describe those who came to adulthood at the brink of WWII and the sacrifices they were forced to make. His books, beginning with The Greatest Generation, have been national best sellers. He has won every major award in broadcast journalism including two duPonts, a Peabody, and several Emmys. His most recent book is the memoir A Long Way from Home.

Dr. Gail Saltz is a psychoanalyst, an associate professor of psychiatry at New York-Presbyterian Hospital, a regular health contributor to the Today show, and author of Becoming Real.

Now, more than ever, we are flooded with a constant stream of news and information. Whether it’s a weather report or a graphic footage of a warzone, it is nearly impossible to make it through a day consuming some form of news. At the 92nd Street Y, psychoanalyst Dr. Gail Saltz joins news anchor and author Tom Brokaw for an in-depth and engrossing look at how our constant contact with news and media can affect our psyche. Through an entertaining conversation, Dr. Saltz and Brokaw examine not only the effect of news on the individual, but the individual’s effect on how news is delivered.