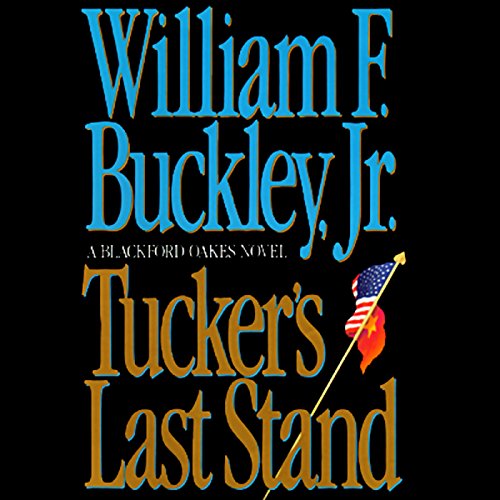 The year is 1964. Faced with a hard-hitting presidential campaign and a deteriorating situation in Vietnam, Lyndon Johnson dispatches Oakes and a swashbuckling soldier of fortune named Tucker on secret missions to Southeast Asia. Tucker is to figure out how to interdict military traffic along the Ho Chi Minh Trail. Oakes is to supervise a secret operation in the Gulf of Tonkin, an operation that will give Johnson the excuse he needs for a greater U.S. military role in Vietnam.

Filled with the intrigue, wit, and historical detail that have distinguished the previous novels of the series, Tucker's Last Stand is William F. Buckley, Jr. at his inimitable best.