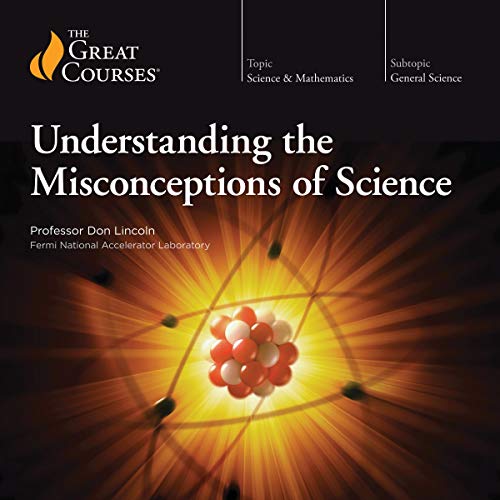 Understanding the Misconceptions of Science

Consider these commonly held scientific beliefs: Planetary orbits are fixed ellipses; we only use 10 percent of our brains; nothing travels faster than light; a thrown object’s trajectory is a parabola. They seem correct, but they’re all misconceptions that aren’t entirely accurate. There’s much more to the story than you think.

These magnificent 24 lectures are devoted to busting myths, clearing up confusion, and giving you scientific epiphanies that could change how you think about your everyday world. You’ll explore shocking truths about some of science’s most well-known - and often controversial - concepts, including the physics of flight, black holes, quantum mechanics, and even the possibility of extraterrestrial life.

Delivered with insight, clarity, and a healthy dose of humor, Professor Lincoln’s scientific epiphanies will have you rethinking what you know - or thought you knew - about the world of science. Learn to see matter not as simple spheres but force fields. Discover why most human characteristics aren’t governed by a single gene. Examine why astronauts in the International Space Station aren’t in zero gravity but free fall. And those are just a few.

These lectures are, above all, about awareness and respect for what an immense undertaking scientific inquiry and experimentation is. Regardless of where you are in your own scientific adventures, they’ll empower you with not just good science, but better science.