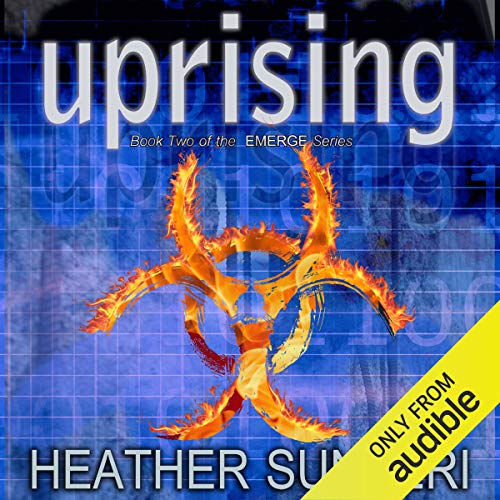 A thin line separates life from death, freedom from oppression. One misstep. One wrong choice.

When Cricket Black is purposely exposed to Bad Sam, she must choose: fight New Caelum's stranglehold on its citizens' freedom or succumb to the hopelessness of the lethal virus. A dear friend's death at the hands of New Caelum forces Cricket on a path to confront her past, which holds the secret to a permanent cure but also opens old wounds over the loss of her parents.

Sending the devastating Samael Strain virus into the outlying communities lands New Caelum on the verge of war with the western settlements. Inside the city, growing tension between the lower classes and New Caelum's elite rulers puts the city on edge and creates a growing divide between Vice-President Westlin Layne and his mother, President Ginger Layne.

With death, chaos, and revolution surrounding them, will West and Cricket have to sacrifice their love for each other to bring a peaceful resolution to the wars that rage inside and outside the city?