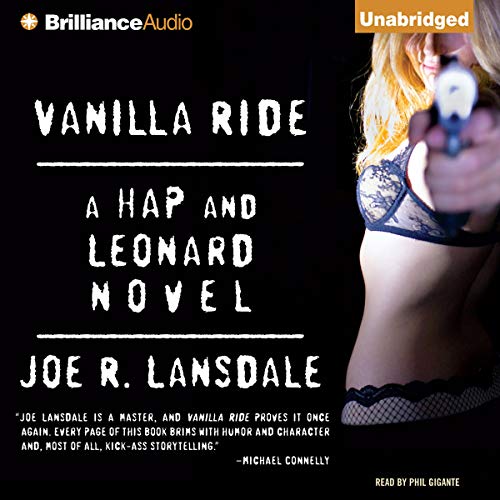 Hap Collins is an east Texas redneck, with a liberal bent, and a weakness for Texas women. Leonard Pine is a black, gay, Vietnam veteran. Not who you'd normally pick for best friends but there you go. Together they share an affinity for the martial arts and are a bundle of trouble, but trouble is what they love.

When an old friend of Leonard tells him that his daughter is dating an abusive, no-good drug dealer, Leonard does the only thing a man of his disposition would do: he offers to get her back, and invites Hap along for the fun. Wrapped in the Texas heat, they raid the drug dealer's hideout, rescue the girl, cause general chaos, and then proceed to teach the dealer a lesson by flushing ounces of raw cocaine down the toilet. That was their first mistake.

Turns out the lowly hoods are pawns in a vast crime operation known as the Dixie Mafia, and when the Mafia comes calling for Hap and Leonard an all out car chase gunfight ensues, people die but Hap and Leonard come out on top.

Their second mistake, however, was busting up one of the Dixie Mafia henchmen, who happened to be undercover FBI. Now they find themselves under arrest with only one chance to clear their name. The FBI has a Mafia man who is ready flip, but he will only do it if they can assure safe passage for him and his son. The problem is his son has skipped town with a load of the Mafia's money - some three hundred thousand dollars worth. In exchange for a clean slate, the FBI wants Hap and Leonard to find him and make sure he and the cash are returned safely.

Not even Hap and Leonard can imagine the killers they will come up against this time. Suffice to say, they are big, fast, and deadly, but none of them are as smart or lethal as the legendary Vanilla Ride, who Hap and Leonard are just about to meet.