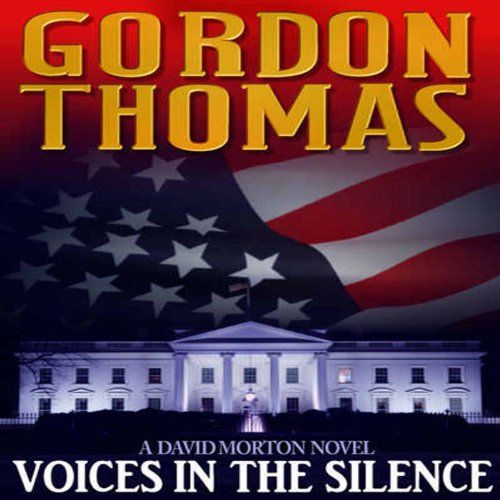 Voices in the Silence

Intelligence agent David Morton must avert a world crisis and destroy a Russian-made weapon capable of controlling the U.S. President's mind. David Morton and his new Hammer Force - an intelligence agency created by the United Nations after the carnage in Bosnia - have a formidable task. To avert a world crisis they must win the deadly, invisible battle for control of the mind on the President of the United States. The weapon they must destroy is born out of the technology which brought victory in the Gulf War and supremacy in Space for an American that is no longer master of all it surveys. Created by the former Soviet Union’s most brilliant scientist, Professor Igor Tamasara, the weapon is designed to trigger responses in the President’s mind - responses that will bring the United States and Japan into conflict...and will lead to World War III. From that conflict will emerge Tamasara’s new paymaster - China - as the superpower of the 21st century.

Set against the background of Washington, Beijing and Hong Kong - this highly original and totally credible futuristic thriller builds to a climax of nail-biting suspense. Once more showing an astonishing command of the inner workings of international politics and the world of secret intelligence, Gordon Thomas has created a first-rate work of fiction, featuring unforgettable characters. Center stage is David Morton, and in Voices in the Silence Morton’s role as 'the James Bond of the 90s' is firmly established, as is Gordon Thomas’s reputation as a thriller writer of quality.

Investigative journalist and prolific British author Gordon Thomas delivers an exhilarating ride with the thriller Voices in the Silence. The narrative features the formidable United Nations intelligence agent David Morton, leader of an agency called Hammer Force. Morton’s latest task is a real doozy: He must destroy a weapon with the capacity to control the American president’s mind. At stake? A possible full-blown war between the United States, Japan, and the rest of the world. Voice actor Gary Dikeos’s performance crackles with tension, and he embodies the diverse cast of characters with a marvelous ease.