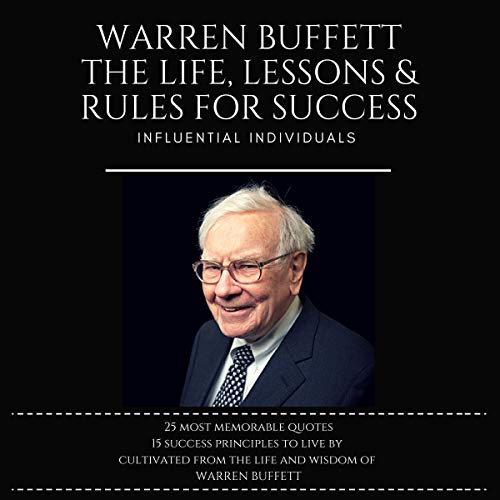 In short, Warren Buffett is a boss.

The man knows a thing or two about success. With a net worth of $77.1 billion, the billionaire investor's fabled business acumen has inspired everything from investment books to college courses. He is known to favor long-term investment strategies, like dollar-cost averaging, which encourages the regular purchase of the same investment over time. He also has long-standing holdings in the Coca-Cola Company, Apple, and American Express, among others. His now infamous letters to Berkshire Hathaway shareholders help shed light into how the man they call the “Oracle of Omaha” reads the tea leaves.

This audiobook takes a look at Buffett’s life, from humble beginnings in Omaha up to present day, where the 86-year-old is still going strong. We take a look at his first taste of business at the ripe old age of six, following on with his major successes and failures along the way.

The aim of this audiobook is to be educational and inspirational with actionable principles you can incorporate into your own life straight from the great man himself.

Including 25 most memorable quotes and 15 success principles by which to live.