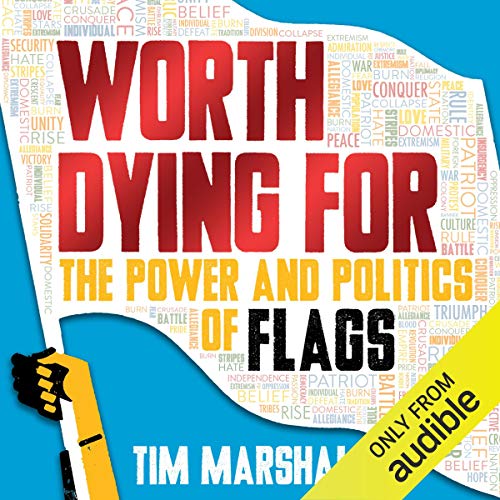 When you see your nation's flag fluttering in the breeze, what do you feel? For thousands of years flags have represented our hopes and dreams. We wave them. Burn them. March under their colours. And still, in the 21st century, we die for them. Flags fly at the UN, on the Arab street, from front porches in Texas. They represent the politics of high power as well as the politics of the mob.

From the renewed sense of nationalism in China, to troubled identities in Europe and the USA, to the terrifying rise of Islamic State, the world is a confusing place right now and we need to understand the symbols, old and new, that people are rallying round.

In nine chapters (covering the USA, UK, Europe, Middle East, Asia, Africa, Latin America, international flags and flags of terror), Tim Marshall draws on more than 25 years of global reporting experience to reveal the histories, the power and the politics of the symbols that unite us - and divide us.

"This might be the comprehensive flag volume we've all been waiting for - a slick yet detailed and well-researched journey through some of the world's most infamous and interesting flags…. Marshall guides us through this myriad of stories admirably." ( Geographical Magazine)
"A fascinating tour of the world's ensigns, their histories and meanings...a sobering lesson in just how silly we human beings can be." ( Daily Mail)
"Marshall points out that we often forget the aggressive symbolism of established flags...[they] are a quick, visual way of communicating loyalties, power and ideas." (Robbie Millen, The Times)