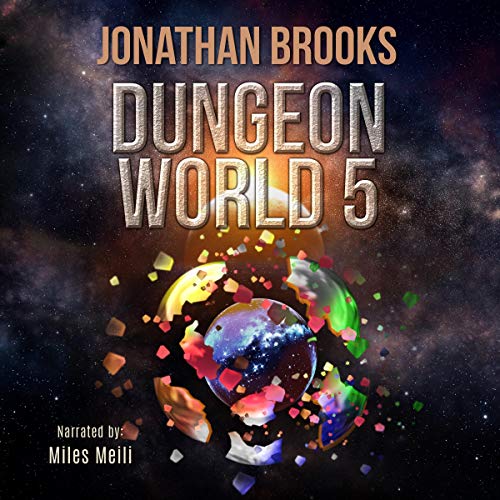 Get ready for the exciting conclusion to the Dungeon World series!

With the help of an unlikely ally, Fred has secretly obtained access to all seven elements for his Core without the Supreme Council of Dungeon Cores’ knowledge; Fire, Water, Nature, Earth, Dark, Light, and Air are now technically at his disposal. However, despite having access to them all, he finds himself behind enemy lines without the use of any but Light and Air due to his temporary Core he had created back in his dungeon.

Now, with the assistance of Roady, Ravenne, and Agelstein - three members of the Allroads Government, and Fred’s “bodyguards” - he has to safely make it back to the city before the inevitable deadly response from the local Dungeon Cores at his theft of the Light element kills him.

Trouble is brewing behind the scenes, though, and the Supreme Council is ready to step up their attacks on Fred’s dungeon underneath the city of Allroads. With additional complications preventing Fred from fully utilizing his newly acquired elements, he has to scramble to find a way to not be useless and assist in the defense of his dungeon, his Shards, and all the people in the city above relying on him.

Oh, and on top of that, Fred still needs to figure out a way to save the world....

Contains LitRPG/GameLit elements such as statistics and leveling. No harems and no profanity.