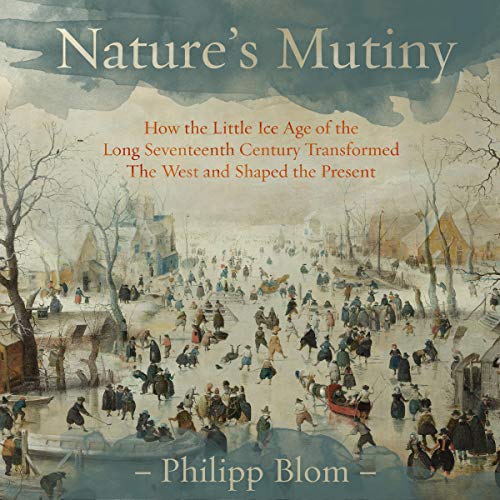 An illuminating work of environmental history that chronicles the great climate crisis of the 1600s, which transformed the social and political fabric of Europe.

Although hints of a crisis appeared as early as the 1570s, the temperature by the end of the 16th century plummeted so drastically that Mediterranean harbors were covered with ice, birds literally dropped out of the sky, and "frost fairs" were erected on a frozen Thames - with kiosks, taverns, and even brothels that become a semi-permanent part of the city.

Recounting the deep legacy and far-ranging consequences of this "Little Ice Age", acclaimed historian Philipp Blom reveals how the European landscape had subtly, but ineradicably, changed by the mid-17th century. While apocalyptic weather patterns destroyed entire harvests and incited mass migrations, they gave rise to the growth of European cities, the emergence of early capitalism, and the vigorous stirrings of the Enlightenment. A timely examination of how a society responds to profound and unexpected change, Nature's Mutiny will transform the way we think about climate change in the 21st century and beyond.