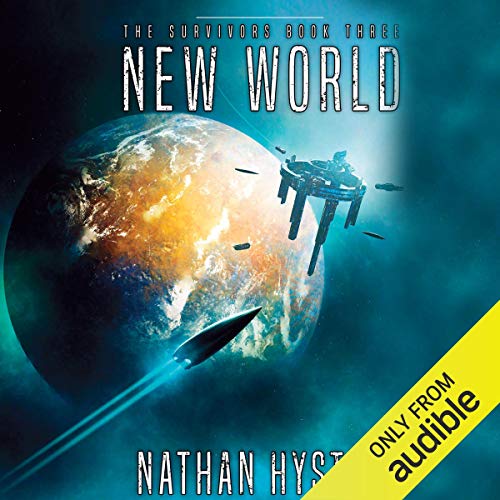 After a surprise visit to Earth, Dean and his crew travel to Proxima Centauri, home of humanity’s first colony world. Dean and Mary, now reunited with Magnus, Natalia, and their old friend Carey, find much has changed since they last saw their loved ones.

Once again, Dean’s efforts to lead a normal life are cut short when his sister is threatened by deadly creatures at Terran Five, Spero’s northernmost outpost. There, Dean stumbles on an ancient secret, buried deep in the snow-covered mountains, that will change his life forever. And when communication with Earth ends, he realizes his worst nightmare has come true.

Join the team as it fights to preserve its old world and new world alike.

New World is the third installment of the best-selling Survivors series.