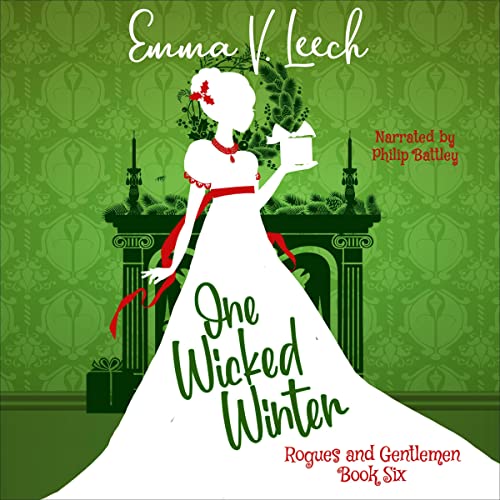 Blackmailed by his sister into giving a Christmas house party to celebrate her recent marriage, Edward Greyston, Marquess of Winterbourne, is quite certain the next few days will be an utter nightmare.

Nightmares, however, are something Edward is all too familiar with. After the bloody battle of Waterloo, he has returned from the war a changed man, full of rage and guilt.

Suspecting one of his house guests, the bluestocking Belinda Holbrook is about to trap unsuspecting and gullible Lord Nibley into marriage, he goes to warn him, only to get caught himself.

Furious but honor bound to do the right thing, Edward finds himself married to a woman he doesn't trust and knows nothing about, and he has no intention of trying to find out more.

Yet Belinda is made of sterner stuff and refuses to be afraid of the angry man she married. Somehow she determines to melt icy Lord Winterbourne's frozen heart, and she's prepared to be wicked to do it.