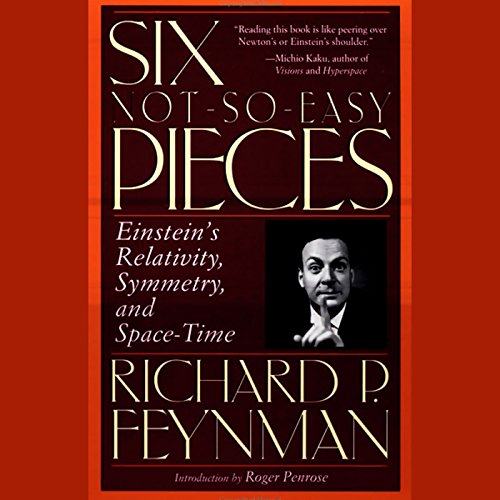 No 20th-century American scientist is better known to a wider spectrum of people than Richard P. Feynman (1918-1988), physicist, teacher, author, and cultural icon. His autobiographies and biographies have been read and enjoyed by millions of readers around the world, while his wit and eccentricities have made him the subject of TV specials and even a theatrical film. The spectacular reception of the book and audio versions of Feynman's Six Easy Pieces resulted in a worldwide clamor for "More Feynman! More Feynman!"

The outcome is these six additional lectures, drawn from the celebrated three-volume Lectures on Physics. Though slightly more challenging than the first six, these lectures are more focused, delving into the most revolutionary discovery in 20-century physics: Einstein's Theory of Relativity. No single breakthrough in 20-century physics (with the possible exception of quantum mechanics) changed our view of the world more than that of Einstein's discovery of relativity. The notions that the flow of time is not a constant, that the mass of an object depends on its velocity, and that the speed of light is a constant no matter what the motion of the observer, at first seemed shocking to scientists and laymen alike.

But, as Feynman shows so clearly and so entertainingly in the lectures chosen for this volume, these crazy notions are no mere dry principles of physics, but are things of beauty and elegance. No one, not even Einstein himself, explained these difficult, anti-intuitive concepts more clearly, or with more verve and gusto, than Richard Feynman.