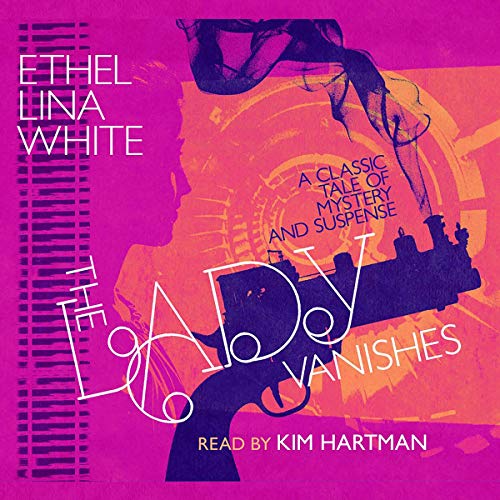 Iris Carr is tired and exhausted. Travelling by train from Switzerland to England she is surrounded by alien languages and situations which she finds difficult to comprehend. She is relieved therefore when talkative old English governess Miss Froy becomes her impromptu travelling companion. But when Iris wakes from a short sleep Miss Froy has vanished - and none of the passengers will acknowledge her existence. Is Iris mad? Or is there some more sinister reason for the woman's vanishing?

Ethel Lina White was born in Abergavenny Wales in 1876. She wrote from an early age, progressing from essays and poems on to short stories. She eventually left her government job in the Ministry of Pensions to pursue a full time career in writing. White became one of the best known crime writers of the 1930s and '40s, thanks to a string of successful titles, the most famous of which were Some Must Watch (filmed as The Spiral Staircase) and The Wheel Spins (filmed as The Lady Vanishes, including a 1938 production by Alfred Hitchcock.)