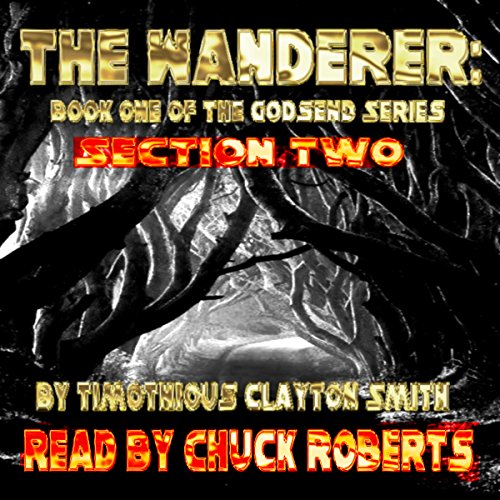 The Second Section of the The Wanderer: Book One of the Godsend Series.

Da'e/Kirk continues to find out who he is and what is going on with him.

What do two alien races, planet Earth, memory lost, secret organizations, angels, magic, demons, space flight, spirits, and the hope of all mankind have in common? His name is Da'e but on Earth he is known as Kirk Alexander Doyle. Sent to Earth on a secret mission to save Earth from within, Da'e is captured and his memory is wiped. His handlers have been trying to contact him for years with no result.

The United Earth Bureau of Investigation is out to capture him. The leader of an opposing Alien race wants him dead. Kirk is just trying to understand why he has all these powers that make him different from everyone else.

Follow Da'e in his adventures in this second section of the introduction to the Godsend Series.